The headquarters of the Ghostbusters

After Peter, Ray and Egon lose their jobs at Columbia University, Peter sees this as an opportunity to go into business for themselves as The Ghostbusters! They find an old Firestation, which needs a lot of work. That of course doesn't stop Peter from convincing Ray to get 3 mortgages in his name so they can buy the Firestation

Used numerous times during the movie, this real life fully operational Firestation (Hook & Ladder 8 in New York City) was used as the exterior of the headquarters of the Ghostbusters. The interior was a different Firestation though, all the way across the country in Los Angeles. The Firestation also featured in the sequel Ghostbusters 2, and briefly in the film Hitch where we see Will Smith coaching a client outside the building.

Fans of the film may want to pick up a tshirt while you're there. Throughout many souvenier shops in New York, you'll see FDNY tshirts for sale. However, when you buy official tshirts direct from each Firestation, some proceeds will goto charity. The great thing about the tshirts from this Firestation is that they have a replica (but very unofficial looking) Ghostbusters logo on the shirt, with the ghost in the insignia wearing a fire helmet and carrying an axe!

« Back to Ghostbusters Filming Locations 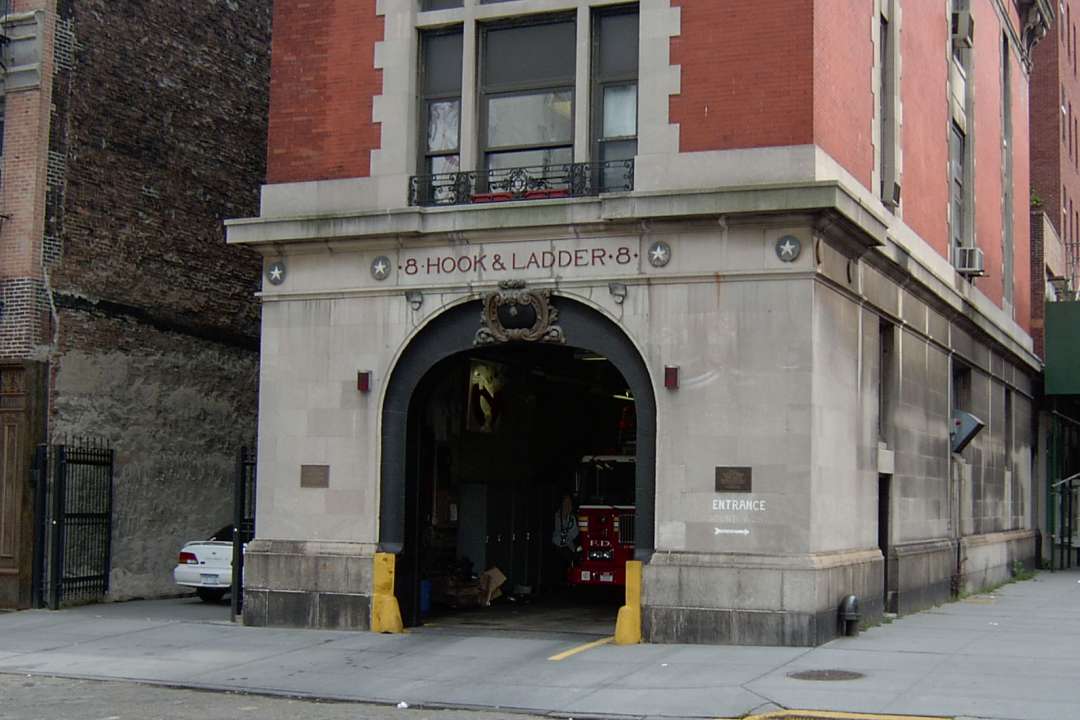